Ten years after Trimbur's article was published, journal's editors decide republish it with an introduction by Denny, who terms the piece "as relevant as ever" to the discussion on incorporating multimodal literacies into writing center theory and practice. Denny describes it as "a guidepost we continue to reference as we access our histories and futures in writing centers." Moreover, he writes of the very real material consequences for students in this era who do not have an ability to use a variety of media, advocating for such literacies is "the most important social justice needs of our lifetime." 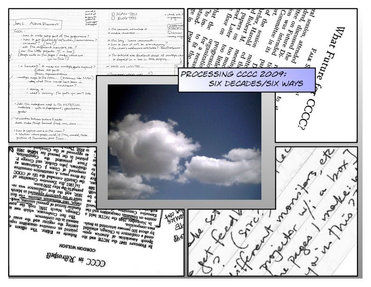 Above, from Jody Shipka's remediate this.com website
McKinney makes the point in 2009 that multimodal literacies should already be more a part of writing center work. She writes that although there has been progress in that direction, there are practitioners who understandably view offering "new media" tutoring as yet another demand on operations already stretched too thin. McKinney's response is that tutoring "new media," isn't all that new or different from what "we have always done, just in new forms, genres, and media," akin to the response during the 1970s to open admissions policies, and significant reconsiderations of what constituted "student texts," and advocating for "voices" on the margins of academia. Using the lingo of the times, she insists that all along, in writing center practice, "The paper essay was the default" (33).

Also a significant addition to the conversation is McKinney's view that working with "new media" texts is important not only to the future of writing centers but also to the public perception of their value and viability because "it is a type of writing that academia and the general public value more and more"(34). Referencing a CCCC position statement and guide to classroom instruction of digital writing that highlighted the potential for "considerable human interaction around such texts," McKinney added that it is precisely because new media texts aren't just about computer code but are rhetorical works that they require the specific kind of feedback, "of the ilk a writing center typically provides – not just technical troubleshooting.... The evolved writing center secures a spot for humans to meet other humans over texts, digital or not. Working with students on their new media texts asserts our stake as composing professionals in the new media age"(36). 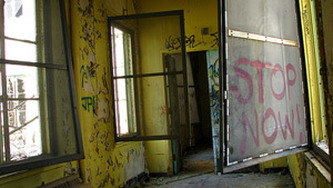 Above, another image from Jody Shipka's website: remediatethis.com
Shafer asks: What is post-process and what is its role in the writing center? More important, Shafter answers, and what does that look like? Shafer contributes to the conversation of situating post-process practice and theory in writing centers in composition studies by offering two case studies, both of which illustrate "the struggle to make writing meaningful by transcending the 'master narrative' that is often inserted into the teaching of writing." Agreeing with James Berlin that current-tradition rhetoric is alive and well, still the dominant practice in the last hundred yours, he revisits the notion that writing is a series of choices rather than a regimented set of rules, and that is particularly true when the paper essay is no longer the default.
The next set of articles for inclusion will encompass writing center scholarship and research towards tutors, training, and teaching.
Articles on Tutors and multiliteracies