Our Proposal and Introduction 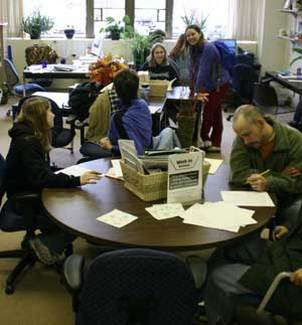 We were asked to look at resources published in scholarly journals between 2009-2013. Our research question: What was/is the state of the conversation among composition theorists in regard to the daily work at writing centers in the years 2009-2013?

A simple enough question that was not easy to answer.

Because articles on writing centers are not even included in the current edition of the text.

Second, we argue that writing center work should be included in a text purported to be an inclusive resource on comp theory. And third, we make the case for going back not to 2009 but to 1999 because that's when the discussion over whether to incorporate digital and multimodal literacies into writing center work intensified. Find those arguments in Writing Centers in Norton, era here. To find more on the scholars who argued for seeing writing centers as a "bridge" to 21st century literacies well before 2009 click here.

Finally, to imagine writing centers of the near, and not so near, future: What questions and conversations will come to define multiliteracy centers beyond the digital bridge? What clues can we find about those questions in the current literature? Click here to find out.

A note about the choices we made for this presentation. Unlike many such academic productions, this work has a conversational tone because a) this is a digital space, b) we imagined we'd be pitching this in person to a group of editors, and c) "conversation" epitomizes writing center social-constructivist epistemology. Also, unlike collaborative papers that seem to seamlessly weave together the voices of its authors, and because we value multiple voices in a discourse community, we have allowed a bit more room than might be customary for individual choice of expression and texts. 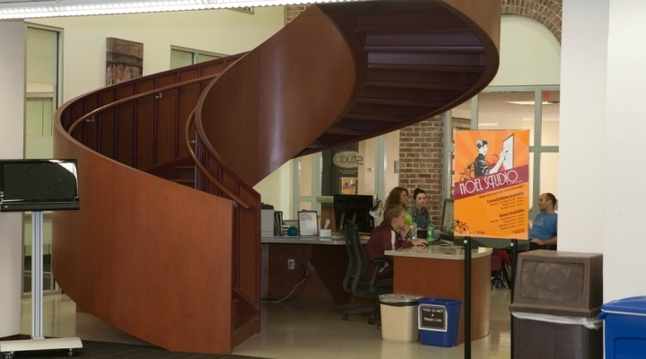 The shape and scope of writing centers to come? The Noel Studio for Academic Creativity, where consultants work with students using the fundamentals of critical and creative thinking to create effective communication projects through the use of multiple modes.